Th event received rave reviews from the press including one Sunday Times reporter who said, “Last Saturday’s Miss Premier Soccer League (SABC2, 9:15pm) showed that in South Africa we do have brilliant producers who can handle live broadcasts in a manner that ranks with the best in the world. This show was creatively designed in all respects. And Miss Wits Univerisity was a deserving winner.” 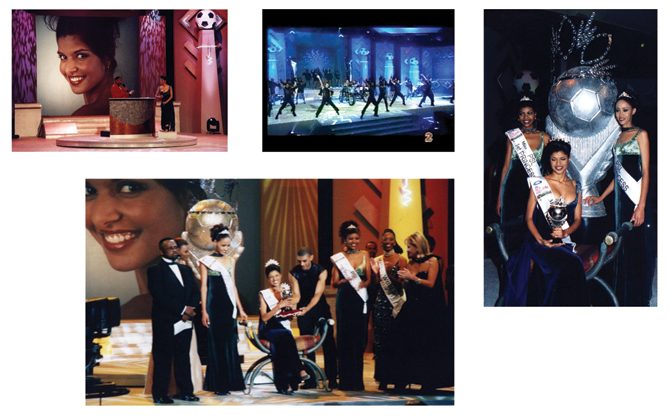